When I was Starving for Love: The MelRo Story Continues

Inspirational speaker, children’s advocate, former foster youth, and professional model Melissa Roshan, or better known as MelRo, returns to Keeping It Real With Denna to discuss learning to love herself after misfortune and heartbreak.

MelRo is back, and this time she’ll talk about how it felt to hit rock bottom. After she survived her second suicide attempt, she knew she had to wake up and things had to change. With a child of her own, she decided to take a stand and not let history repeat itself. Although she grew up without a mother and a father, she didn’t want her son to have to go through the same experiences she did. She wanted to be the absolute best parent she could be, and that is exactly what she did. Learn about how MelRo got back on her feet and about her relationship with her children today.

Next week will be the last episode of the series with MelRo. Be sure to return to hear all the details on what she’s doing now. Author, model, and activist, MelRo will talk about living in her purpose and what she looks forward to in the future. 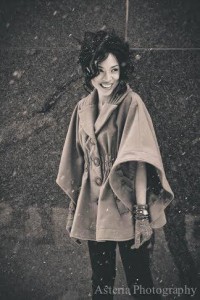 MelRo
As unique as her name, MelRo is an uncommon talent who has modeled internationally for over 15 years.  Her work has been seen on magazine covers, billboards, print ads, national commercials, and runways. But what this respected models most proud of is owning the title of Survivor.
From the days of her tumultuous childhood spent in the foster care system, MelRo knew she was meant for more than the abuse she faced sometimes on a daily basis. Vowing to overcome, she not only later embarked on her own journey toward healing, but also became committed to encouraging others rise from their painful pasts. Today she continues to model, but has recently been named as the National Spokeswoman for Children’s Rights -a federal agency that uses the law to protect abused, and neglected children.  She is involved with several international campaigns that benefit foster-children, and works tirelessly as a full-time advocate for foster-children.  Most recently, her, and her teenage son’s story about him taking her to prom went viral.  Millions were not only blessed by his kind gesture, but also her journey through the foster care system.